I’m not so sure it’s because I think he’s the best actor of the era. He’s not.

Rather, when I look at the Films Noirs that I love. The pictures that I can (and have) watch over and over again. Burt Lancaster shows up in those films more than any other actor. Off the top of my head, those Lancaster films are:

An uncommon turn for Burt as the villain. He plays a newspaper columnist, evidently based on Walter Winchell. Tony Curtis stars opposite him as an ambitious press agent (Tom Cruise has said he based his Jerry Maguire performance on Curtis) in love with Lancaster’s sister. I’m not sure if the intention of the film was to expose something about the media or Winchell but this film is all about Lancaster, the overprotective brother, turning the screws on Curtis. Neither men are particularly worth rooting for, in my opinion. Yet somehow the film still works. It’s also noteworthy for its stunning 1950s New York cinematography. 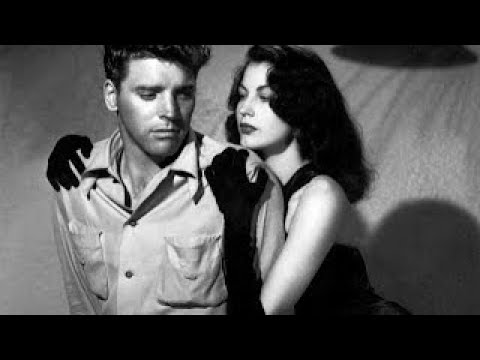 The expanded take on Hemingway’s excellent short story. Lancaster’s “The Swede” only briefly appears in Hemingway’s story, but he’s what the entire story revolves around. In the hands of Robert Siodmak, that story evolves into one of the indisputable great Film Noir stories. Hemingway was so happy with Siodmak’s treatment that he reportedly hosted regular screenings of the film at his home. Considering how little of the film is actually based on Papa’s short, that seems pretty high praise. (Note: the opening scene of the film is almost verbatim Hemingway’s short.) Both the film and short story are worth seeking out.

My second favorite film noir. A heist film, which focuses on a single protagonist, is a bit of an outlier, and it is probably the reason I enjoy this flick over others such as The Killing, The Asphalt Jungle, and even Dassin’s Riffifi. The broken relationship of Steve (Lancaster) and Anna (Yvonne DeCarlo, Lily Munster at her hottest) smolders with longing. Dan Duryea does a fantastic Dan Duryea as gangster Slim Dundee. The film is book-ended with an iconic opening scene of DeCarlo’s plea to the camera/Steve (it’s been oft imitated but never topped) and a truly Noir ending.

We all have our favorites. Both in films and actors. Three of the four films above (the last three) would all fit in my Top 10 of Film Noir. If that doesn’t land Burt Lancaster in a mythical Film Noir Hall of Fame, I don’t know what will. After all, my opinion is King.